Florilegium: A gathering of flowers - Edinburgh

New and existing works by contemporary artists Lee Mingwei, Annalee Davis, Wendy McMurdo and Lyndsay Mann join over 40 established botanical artists such as Işık Güner in Florilegium: A gathering of flowers, at Inverleith House, Edinburgh. The biennial exhibition is the first of a new programme as Inverleith House begins its transformation into Climate House following the award of the Outset Contemporary Art Fund’s Transformative Grant.

The artists have responded to Royal Botanic Garden Edinburgh’s (RBGE) globally-important plant collection comprising over 13,500 species with works that reveal how flowers can elicit cultural, historic, geographic, socio-political and scientific ideas. The title derives from the name for a group of botanical artworks and is part of RBGE’s ambitious project to catalogue the plant collection through botanical and contemporary art responses.  The artists - living and working internationally - have overcome the challenges of a global pandemic this year to create new and never seen before works of art for Florilegium. They are displayed for the first time in this major exhibition marking the post COVID-19 reopening of Inverleith House.

Running from 16 October until 13 December 2020, Florilegium: A gathering of flowers features works showing plants that can be seen growing in the Royal Botanic Garden Edinburgh Glasshouses, and others of significant scientific value. Joining these botanical artworks are a series of new and existing works from Annalee Davis, Wendy McMurdo, Lee Mingwei and Lyndsay Mann. Work draws upon ideas of death, renewal, ritual and colonial history and span photography, moving image and works on paper.

A florilegium is a book of flowers. It is commonly a group of botanical paintings depicting a particular collection. The collection may also represent an exploration of a garden or plant family. Florilegium: A gathering of flowers is the first public exhibition arising from the RBGE Florilegium, a project which was initiated in 2019. It recognises the need to expand the Garden’s important collection of botanical illustrations in a planned way to ensure that plants being grown and studied by RBGE staff will feature as new works in the collection. RBGE botanists identify, describe and name plants new to science and rely on botanical illustration and herbarium specimens as important reference material.

The artistic depiction of plants has an ancient history, and was originally deployed as a means of identification, although, by the end of the Renaissance, botanical painting had also come to be appreciated as an art form in its own right. In Scotland, one of the earliest books recording scientific illustrations of plants was Robert Sibbald's Scotia Illustrata in 1684. Sibbald was the first professor of medicine at the University of Edinburgh and a founder of RBGE. The botanical illustrator’s eye for detail continues to play an important role in the Royal Botanic Garden Edinburgh’s 350-year history, bringing together scientific scrutiny and artistic skill to highlight the beauty and diversity of rare and endangered plants and helping to communicate the vital message of conservation.

“From common weeds to exotic cultivars, flowers are deeply embedded within our lives and have long been an inspiration to artists. This visually stunning exhibition reveals how flowers can elicit cultural, historic, geographic, social and scientific ideas. Botany, the doctrine of plants, is a basis for the exhibition, drawing together work by botanical illustrators from across the globe alongside contemporary artists who explore our wider relationship to flowers and nature. The exhibition aims to shed light on the living collections of RBGE and human behaviour.

This exhibition has something for everyone, from the beautiful detail and precision of botanical illustration to Lyndsay Mann’s storytelling in film that captures the hidden voices held in our herbarium, and Lee Mingwei’s deeply engaging ‘Invitation for Dawn’, a digital sister to his work ‘Sonic Blossom’ and an offering of a “sonic gift” of a song delivered to individuals in a live encounter with a classical opera singer via video.

We hope the show will provoke new ways of thinking and responding to plants, and encourage visitors to treasure their encounters with the art and the amazing diversity of flora to be discovered in our Garden and Glasshouses. The year 2020 and the coronavirus is revealing truths about the fragility of our ecosystems and the need to halt biodiversity loss. At a time when our ecological future depends so much on deeper connection to the natural world, these artists present captivating and imaginative responses to plants and flowers when it could never be more important.”

Florilegium: A gathering of flowers

Open daily from 10.30am. Last admission to the exhibition is 4.15pm in October and 3.15pm November – December.

FREE Admission. Book a time slot to enter RBGE (the exhibition is included in this): https://www.rbge.org.uk/visit/visiting-us-during-covid-19/visiting-the-botanics-and-staying-safe/

To book a personal performance via video of Lee Mingwei's ‘Invitation for Dawn’, from Monday 16 November to Friday 11 December 2020, please send an email with your preferred date to creativeprogrammes@rbge.org.uk

Inverleith House was designed in 1774 by David Henderson for the Rocheid family and was the official residence of successive Regius Keepers (directors) of the Royal Botanic Garden Edinburgh until it became the founding home of the Scottish National Gallery of Modern Art, from 1960 to 1984. Since 1986 it has run a continuous programme of temporary exhibitions spanning visual art and botanical science under the auspices of the Garden, which recognises the need for art as well as science in our appreciation and understanding of the natural world, making it pre-eminent amongst botanic gardens today, in this respect.

In 1960, the house was turned into the inaugural Scottish National Gallery of Modern Art, before transitioning into the official art gallery of RBGE in 1986. For 30 years, Inverleith House presented stellar shows – from the likes of Douglas Gordon, William Eggleston and Robert Rauschenberg, Karla Black and Louise Bourgeois. Climate House marks a new era in the legacy of this leading contemporary art institution. For more information visit https://www.rbge.org.uk/media-centre/press-releases/current/new-vision-for-inverleith-house-revealed/ or follow @RBGECreative

The Royal Botanic Garden Edinburgh (RBGE) is a leading international research organisation delivering knowledge, education and plant conservation action around the world. In Scotland its four Gardens at Edinburgh, Benmore, Dawyck and Logan attract nearly a million visitors each year. It operates as a Non Departmental Public Body established under the National Heritage (Scotland) Act 1985, principally funded by the Scottish Government. It is also a registered charity, managed by a Board of Trustees appointed by Ministers. Its mission is “To explore, conserve and explain the world of plants for a better future.” Learn more: www.rbge.org.uk

Barbadian artist Annalee Davis’ suite of drawings As If The Entanglements Of Our Lives Did Not Matter includes two family portraits that reference her mixed Caribbean heritage. Alongside the family portraits are six drawings on ledger pages, grounding these images in the history of the plantation system. Davis’ works feature plants such as Vervain, Bread and Cheese, Common Sow Thistle, Lady Palm, Paw-Paw, Sugar Cane, and Wonder-of-the-World.

Created during lockdown, Scottish artist and photographer Wendy McMurdo’s new series of images Night Garden was inspired by the flowers growing in the garden beyond her studio. Watching the cycle of germination, growth and renewal from her studio window seemed in direct opposition to her world inside and online. Wendy’s mother died in early May, and at the outset of lockdown and in the weeks that followed her death, she spent her time documenting this growth cycle which seemed more urgent than ever before.

Taiwanese-American artist Lee Mingwei shares two works: 100 Days with Lily, from a quarter of a century ago; and a work created during the current pandemic, Invitation for Dawn.  100 Days with Lily (1995) is a photographic portrait of a project in which Lee cultivated and raised a single lily from seed to death. In response to grieving his grandmother’s death, Lee spent every moment with this flower until it too died, documenting his own activities as the flower moved through its natural life cycle. The exhibition also caters to virtual audiences with a new, second iteration of Lee Mingwei’s Invitation for Dawn. Conceived as a digital alternative to 禮 Li, Gifts and Rituals, the work derives from Sonic Blossom (2013), in which a singer performs a song from Austrian composer Franz Schubert's extensive collection of Lieder to a single sitter.

Finally, Lyndsay Mann’s cinematic essay A Desire For Organic Order is an immersive study of the Herbarium and the Centre for Middle Eastern Plants at the Royal Botanic Garden Edinburgh. Made in 2016, this intimate and epic work weaves together testimonies, journal entries, diaries and letters of diverse voices, tracing archive materials to contemporary links between Scotland and the Middle East. 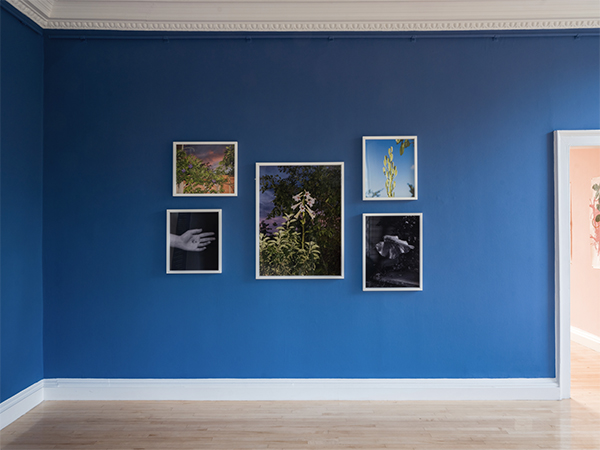 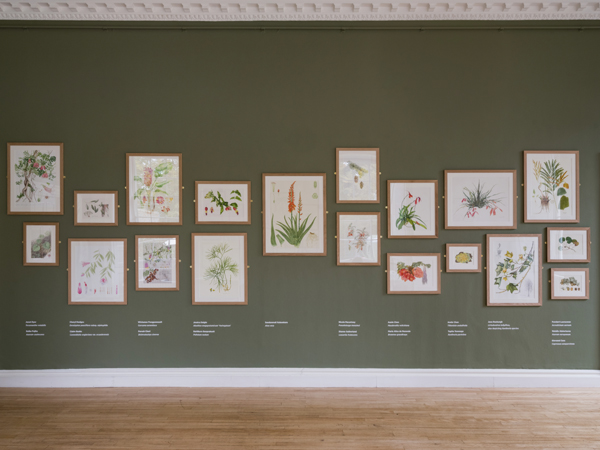 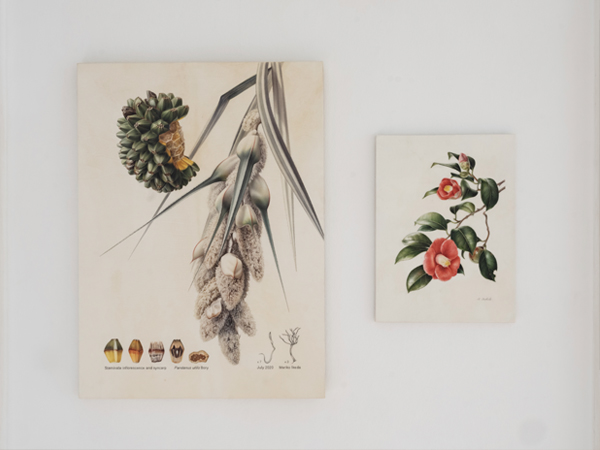 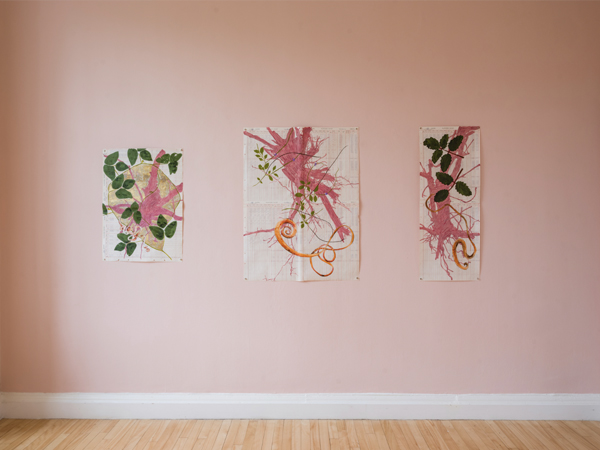 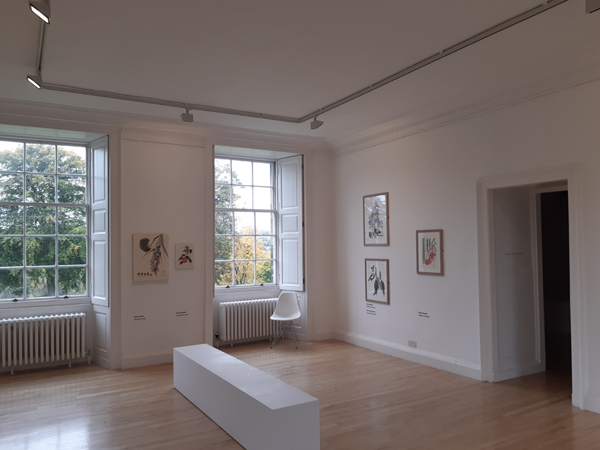 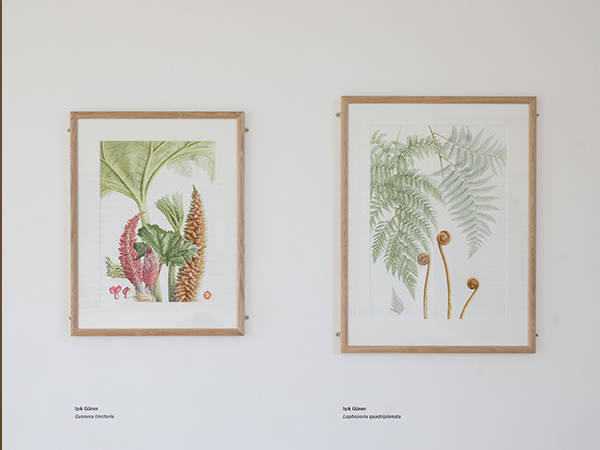 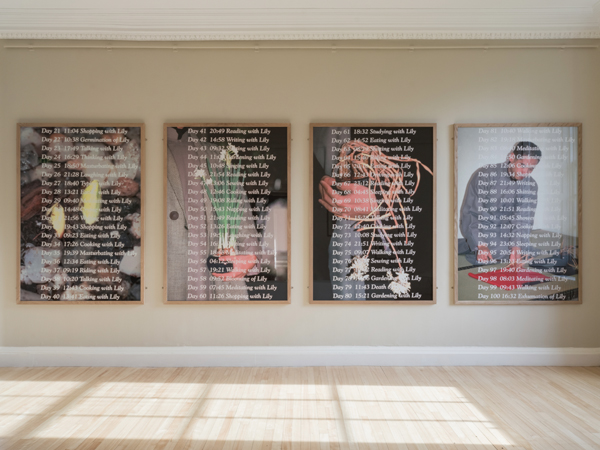 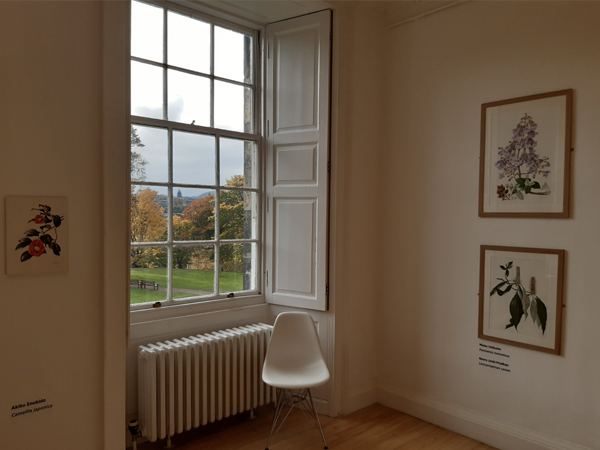