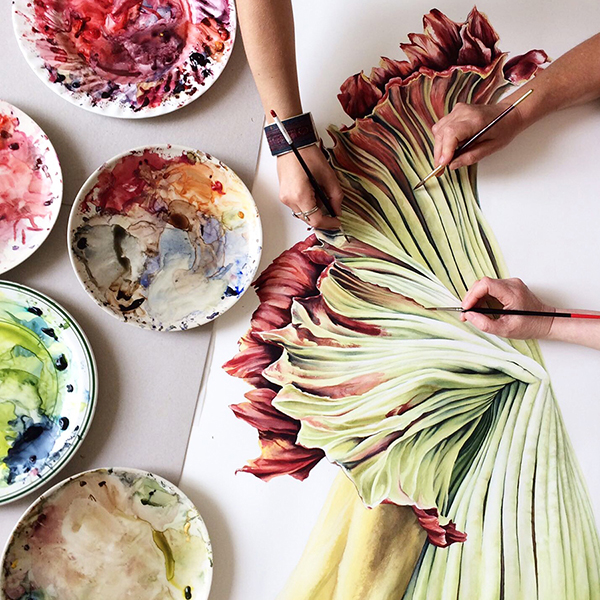 Amorphophallus Titanum or Titan Arum. Corpse Flower. Biggest inflorescent on earth. Another reason where it’s fame comes, it is one of the worst smelling plants in the world, as its name suggests. It is a plant native to Indonesia’s Sumatra Islands. And also it takes a part at the Royal Botanic Garden Edinburgh.

It is only flowering for 2 days and not so often. We have witnessed the opening of the Titan Arum in the Royal Botanic Garden Edinburgh in 2015 and have a chance to portray this splendid flower with my two valuable botanical artists friends, Jacqui Pestell and Sharon Tingey. If you are a good team player, results you got is getting pretty magnificent. A collaborative work on a single art piece is something valuable. That was truly fun and the good part of this project, every visitor of the garden is as excited and happy as we are. This first picture we made became the part of Shirley Sherwood’s collection.

In 2017, we decided to took our old sketches and paintings and made another 3 paintings. But this time, we showed the inflorescence stages; growing up, flowering and dying. We have set our studio in the Inverleith house, RBGE, and completed Titan Arum triptych in two intensive weeks. These paintings are about 3/4 of the real size of the plant. At the moment we have completed the final illustration, magic had happened, and it started blooming again in RBGE. We were very lucky to see and record this magnificent flower and it’s cycle. These three paintings we made are exhibited by Inverleith House for three months, started at 29th July, 2017.

While we were working on these paintings, special thanks to Laura and Serge from Wild Leaf Reels, this amazing videos and timelapses has been prepared. We love it, I hope you enjoy too. 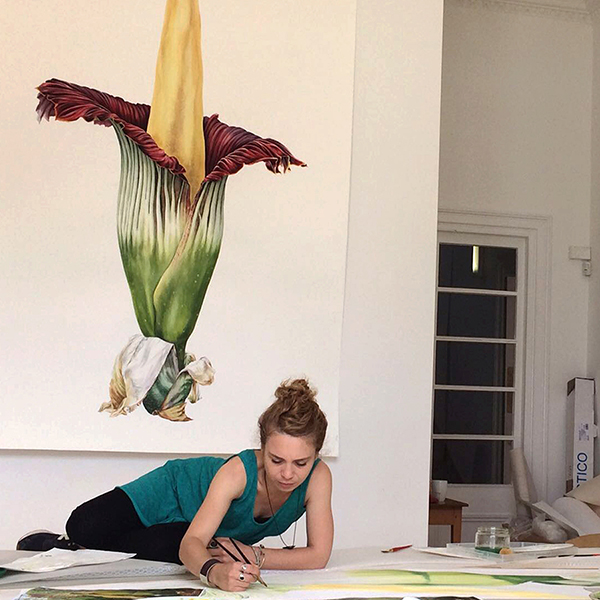 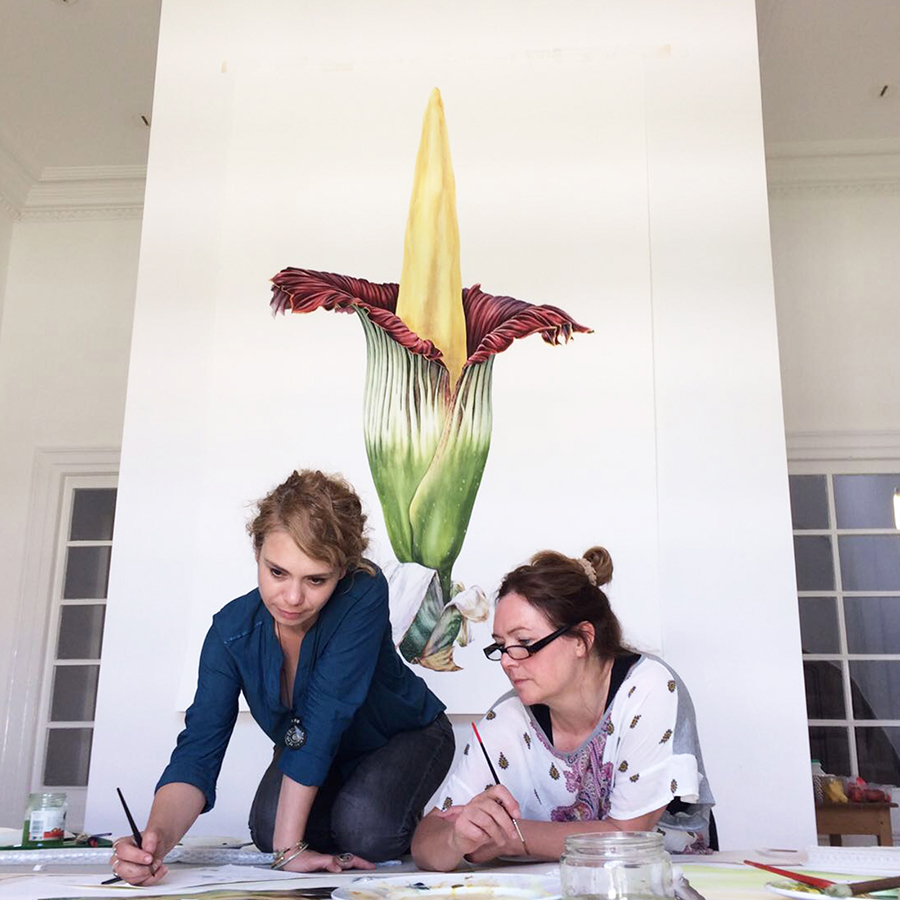 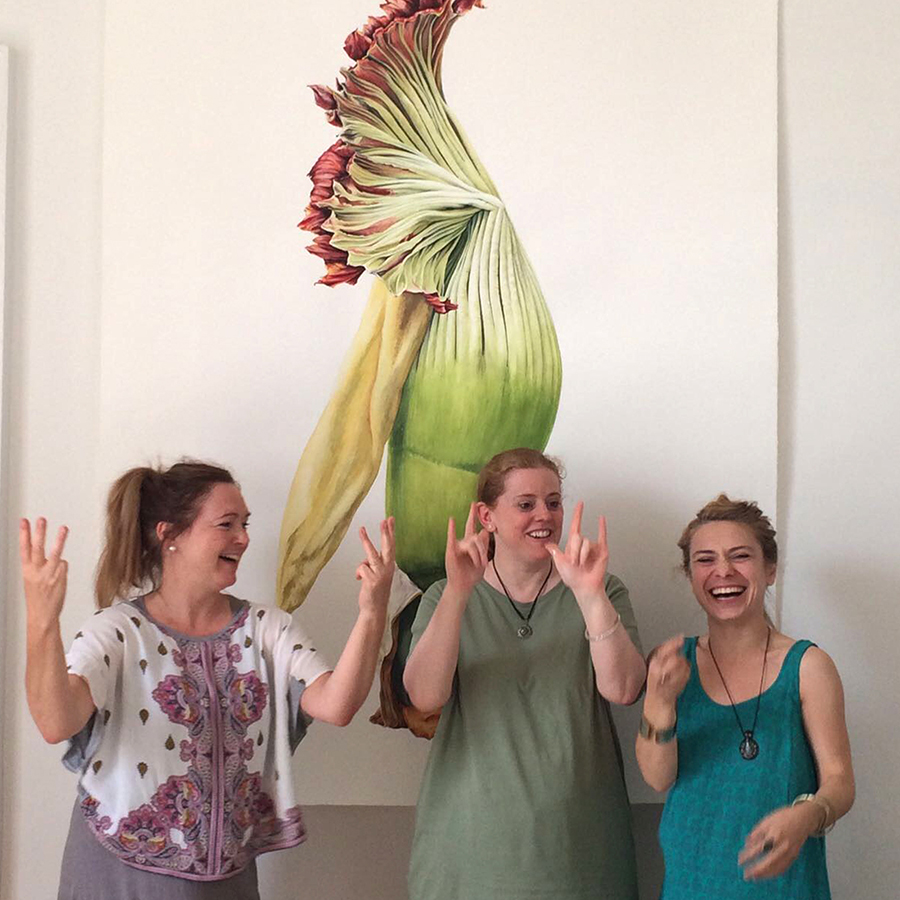 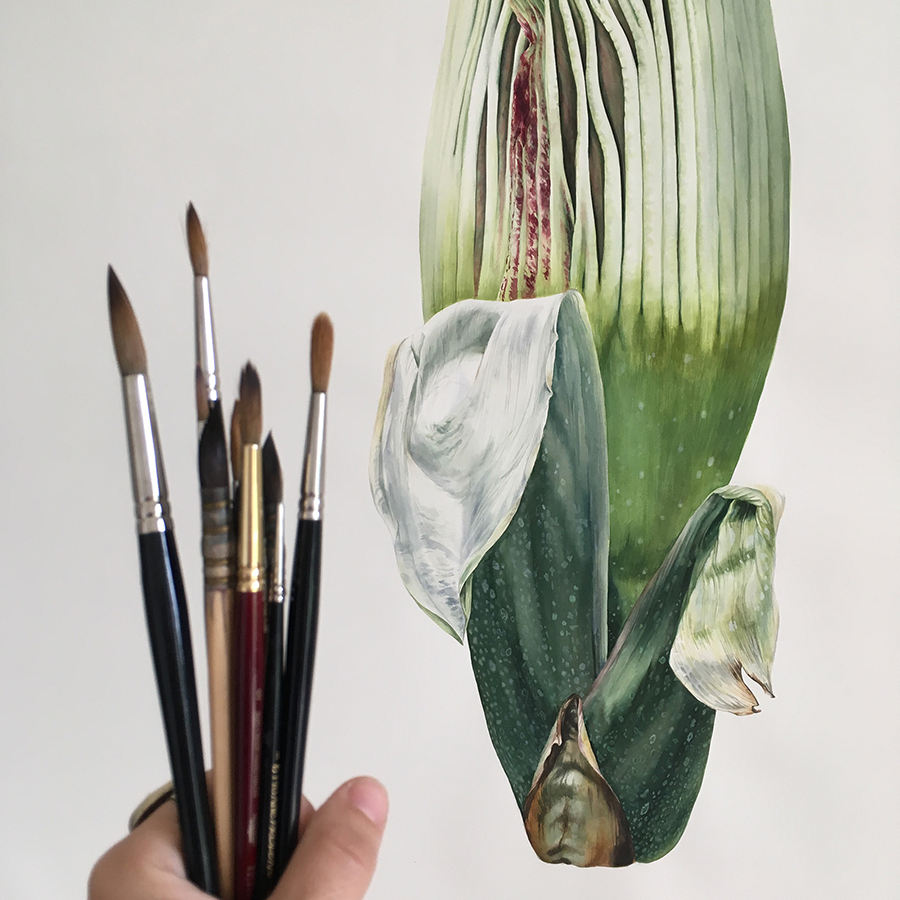 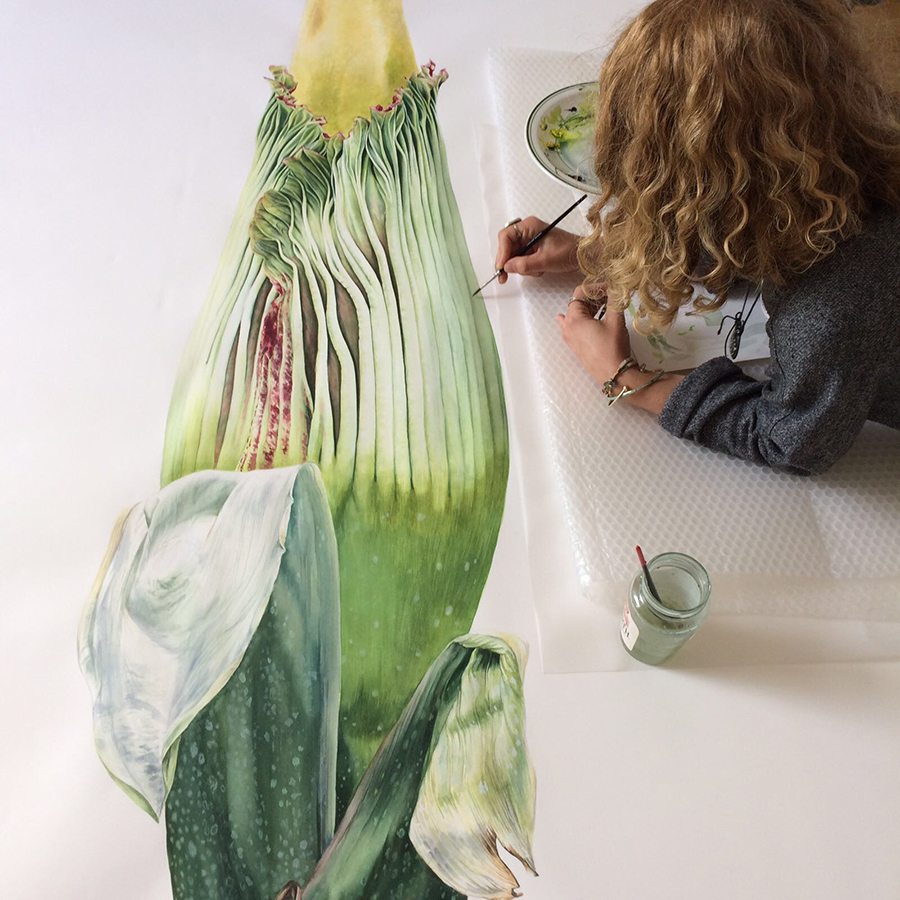 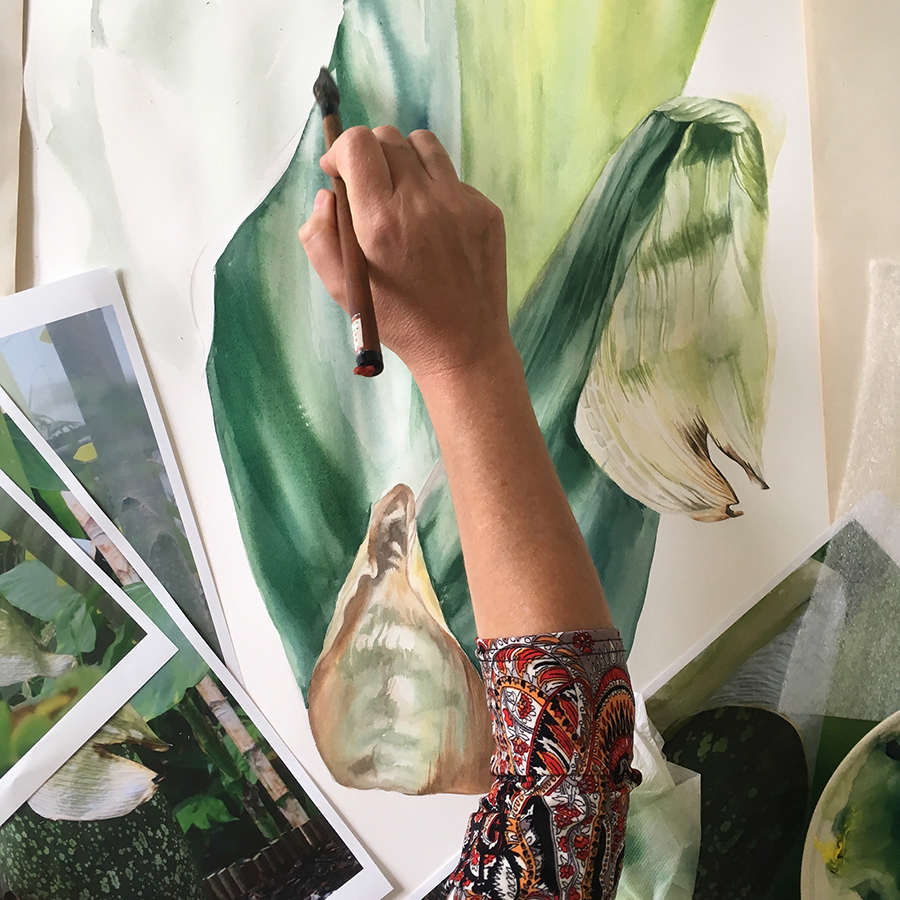 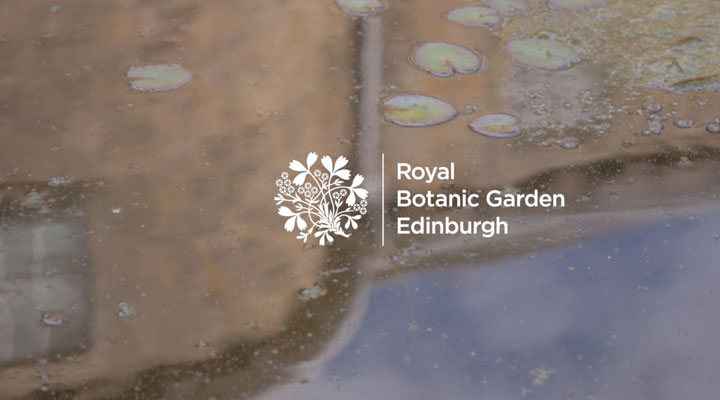