I started to work on this plant in 2010. We did a little trip to Logan Botanic Garden, Scotland, to collect the plant but we managed to get only a giant leaf to work on. I immediately started to work on my sketches, but unfortunately it was not a good time for the fruit neither for the flower. So I had to wait for another year to catch the fruit in good condition.

Then in 2011, I had another visit to Logan to catch the fruit and I did a very quick sketch again, because the fruit was gigantic and it was dying as soon as I took the fruit. By then I only had a few sketches of some parts of the plants. Then later that year, I travelled to Chile to work on twelve different plants but Gunnera was not on my list. But luckily enough, I found the flower head in a beautiful condition. So I did it! By the end of 2011, I did sketches of all the necessary parts of the plant, but because it was going to be the biggest plant I have ever worked on, I was not feeling ready to start my original artwork. 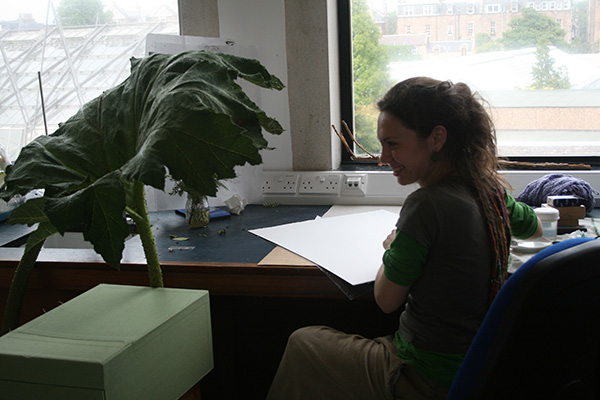 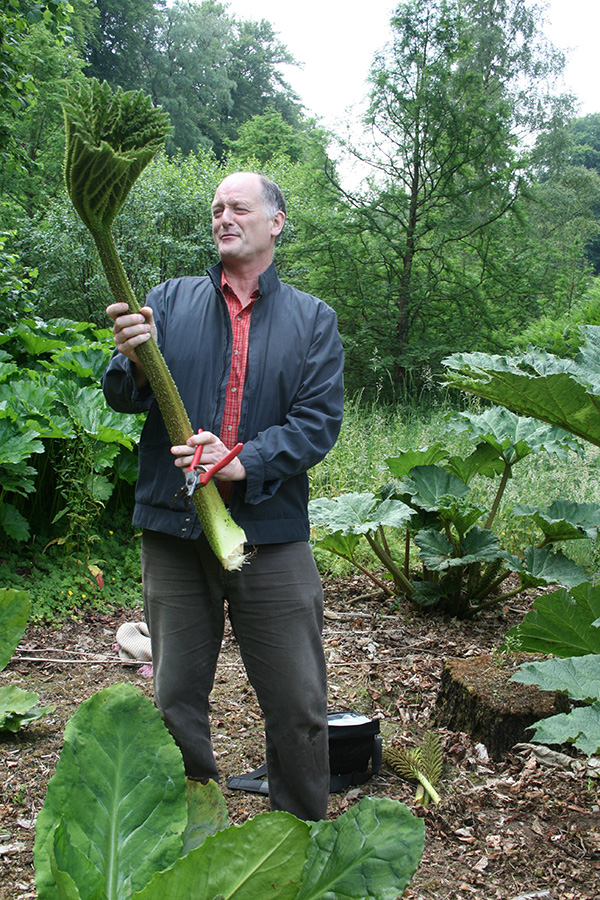 Seminar for Friends of Botanics
September 09, 2015